Rodrick Shawn Rubalcava was born and raised in Southern California, he started his baseball journey in Long Beach and Palm Desert, California at the age of 5. He then moved to Northern California in 1986. He was a three sport athlete playing baseball, football and wrestled. 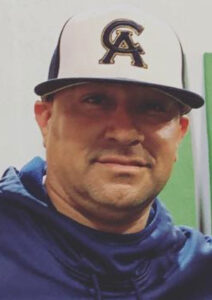 He started coaching baseball in 1995 and has 19 years of baseball and softball experience at the ASA, PGF, USSSA, Triple Crown, Cal Ripken, and Pony Select levels.  He has also assisted on a nationally ranked ASA team in 2009/2010 ranking 4th out of 120 teams.

In 2004, he became the assistant to professional scout Darold Brown (Arizona Diamondbacks). Mr. Brown is currently the scout for the Toronto Blue Jays. He also worked with the development of catchers with former North Carolina catcher and former Atlanta Braves catcher Benji Johnson. He has assisted in clinics, camps and held private workouts for scouts and coaches at the collegiate level.

In 2009, he started personal instruction (Catcherz1st ) that focuses on the growth and development of catchers at all levels. Currently, he is working with his students on a daily basis and preparing student athletes for the rigors of competitive baseball and softball and what it takes to play at the collegiate level. He is also actively advocating for his students and working with them to find schools that are the best fit academically and athletically.